Many people who visited Calvary Cemetery over the last 7 months probably took note of damaged roads and the comings and goings of heavy excavation equipment.

That was evidence of an extensive repair to a major washout of ground at the northwest corner of the cemetery.

“This was the biggest project ever undertaken at Calvary,” commented Terry Miller, Calvary Caretaker.

An aging tile drainage system, abundant snowfall last winter and rapid melting combined to cause a large land area to slide down into the northwest ravine. Entire trees skated down the slope and a portion of the road disappeared.

“We were literally only 10 to 12 feet from having buried caskets going over the edge,” said Terry.

It took months to repair the damage with 600 dump truck loads of fill and stone riprap to restore, shore up the area and repair the road.

Terry is happy to report that the restoration and repair work is now complete and the effect is positive and stunning.

“To me it’s the prettiest part of the cemetery now. It really opened up the view,” he said.

“Bob Lorentz and his amazing crew did a phenomenal job,” he added, praising the work of W Lorentz Construction.

Terry noted that walking traffic at Calvary is way up over previous years, and feedback from all the visitors is very positive.

“The walkers have loved the restoration and new roadway.”

It’s hard to think about the holidays without remembering Christmas past and departed loved ones.

If you’d like to decorate a loved one’s grave with some holiday color, Calvary Cemetery is now taking orders for Christmas wreaths. Ordered wreaths will be placed on graves the week of Thanksgiving and will be removed after New Year’s Day (weather permitting).

These 25-inch wreaths are Balsam Fir and feature a red bow with white-tipped pinecones.

A virtual cemetery research course and a virtual tour of Calvary Cemetery are exciting October offerings from the Blue Earth County Historical Society.

“Cemetery 101” will be held on Thursday, October 1st from 4 to 5 p.m. This Zoom meeting is free to BECHS members or $7 for non-members. Two presenters will focus on researching cemeteries and headstone symbolism.

For more information and registration, go to https://blueearthcountyhistory.com/event/cemetery-101.

Even more exciting is the recorded virtual Calvary Cemetery tour, “Ghosts from the Past,” that premieres live at 7 p.m. on Thursday, October 8th. Following the live presentation, a recording of the event will be available afterwards up until midnight on October 17th.

According to the BECHS online information, the presentation includes views of Calvary, historic images, recorded narration and stories. Registration is $10.

For more information and registration, go to https://blueearthcountyhistory.com/event/ghosts-from-the-past-virtual-cemetery-tour.

What better place to learn about the physical and spiritual aspects of death than Calvary Cemetery on a beautiful Friday in June?

That was the experience the Summer Youth Group “ABLAZE” from Ss Peter and Paul Catholic Church (SSPPCC) enjoyed a week ago.

“It was such a beautiful day…God was smiling on us,” remarked Beverly Miller, Director of Youth Ministry at SSPPCC.

According to Beverly, the group’s focus involved the Devotion to the Sacred Heart. Father Andrew spoke about Purgatory and the benefit of living prayers for the souls of the deceased.

“I think that talk on the Power of Prayer had a big impact on our group. To know that their prayers could do something for those souls who can’t help themselves…that was significant,” said Beverly.

Terry gave the group a tour of the chapel, entertained them with the history of the cemetery and talked about some of the biggest monuments on the property, including the majestic Kron Angel.

Last year it was monsoon rains. This year the pandemic is causing a cancellation of Calvary’s most celebrated event: Memorial Day Mass.

According to Caretaker Terry Miller, this second cancellation is as unprecedented as the first. Prior to last year the event had never been cancelled during his tenure as Caretaker.

Terry said the grounds crew has been working hard anyway, getting Calvary to tip top shape in spite of quarantine.

While the event is not going to happen, people are visiting Calvary. Traffic, in the form of cars, walkers and joggers alike, is at an all-time high.

“Even though there is no Mass on Memorial Day, visitors on that weekend would be smart to park on Goodyear Avenue and walk in to visit,” said Terry. “I assume it will be crazy busy especially if the weather is nice.”

(Just a reminder to all visitors — all ground decorations must be removed by Monday, June 1st. No glass containers are allowed. For permanent pot stands please contact the cemetery. Seasonal flower watering services are available; please call Hunter Wick at 507.327.0940.)

The current quarantine has not stopped, and possibly boosted, the number of cremation burials this Spring. Terry reports that he and his crew has been very busy dealing with those.

Editor’s Note: Calvary families and friends are still welcome to send in a donation via the U.S. Postal Service.

Remember the thrill of crossing off that last bucket list item?

Recently trusty Calvary Caretaker Terry Miller got to scratch a life-long itch when he visited two cemeteries catering to the rich and famous in Los Angeles, California.

“I dunno, it might seem a little strange,” said Terry. “But it really was a dream for me to see the final resting places of some of the celebrities I grew up with.”

Terry happened to be in Los Angeles on other business but managed to break away to visit two cemeteries famous for…well, the famous.

“I’ve been around cemeteries and grave sites all my life, but it kind of gave me goosebumps to see some of these graves,” he said. “You know, when I was in college, every guy I knew had that poster of Farrah Fawcett.”

“I mean, these are the people I saw on TV every week…Archie Bunker, the Brady Bunch mom, Florence Henderson, Dean Martin. It was almost eerie to see Marilyn Monroe’s headstone.”

“It was nice to get away from the winter here for a while, but this was really something I wanted to do for a long time,” said Terry. “I will say that these cemeteries were well-kept, but I still think Calvary is prettier!”

Shamp Painting got the jump on Calvary’s upcoming 125th anniversary celebration in 2020 by completely repainting the walls in the Calvary Chapel basement.

This generous Christmas gift was the brainchild of Charlie Shamp, according to Calvary Caretaker Terry Miller.

“This is part of ongoing work to get ready for next year when we have our anniversary celebration,” said Terry. “We’ve already launched the ‘Fund the Fence’ project, worked on road repair and extensive pruning and landscaping improvements on the grounds.”

The muscle and skill for the project was delivered by three generations of the Shamp family: Charlie, his son Steve Shamp, and Steve’s son, Chris Shamp, along with their helper, Crystal.

The holiday spirit is clearly visible at Calvary Cemetery with a record number of Christmas wreaths now decorating the grounds.

According to Calvary Caretaker Terry Miller, Christmas wreath sales at Calvary hit an all-time high this year of 277.

“Thanks for all your support! Calvary families always come through in helping keep our cemetery a beautiful and special place,” said Terry.

“The wreath sale is a great fundraiser. We continue to raise money for our “Fund the Fence” project and have already reached 35% of our goal,” he noted.

Terry was referring to the current project to replace the aging cyclone wire fencing along Goodyear Avenue with a more appropriate, visually-appealing “wrought iron” style fence. That funding drive continues with hopes that year-end contributions will push funding closer to the target goal of $80,000.

It’s hard to think about the holidays without remembering Christmas past and departed loved ones.

If you’d like to decorate a loved one’s grave with some holiday color, Calvary Cemetery is now taking orders for Christmas wreaths. Ordered wreaths will be placed on graves the week of Thanksgiving and will be removed after New Year’s Day (weather permitting).

These 25-inch wreaths are Balsam Fir and feature a red bow with white-tipped pinecones.

Calvary Chapel was packed full on Saturday morning as over 70 people braved a chilly morning to warm up body and soul with some spiritual reassurance of eternal life.

Father Paul van de Crommert of Holy Rosary Catholic Church celebrated the Mass. His welcome message recognized that many there may be feeling the recent loss of a loved one, and emphasized the importance of prayer for those who have departed.

In light of recent funeral and burial trends inconsistent with Catholic Church guidance, Father Paul took the opportunity to clarify why the Church prefers traditional burial and under what circumstances the Church allows cremation.

Two examples of those inconsistent trends: scattering cremated ashes or keeping the ashes of the departed at home. Father Paul quoted a treatise from the New Ulm Diocese:

“St. Paul and the earliest Christians often referred to Christians who had passed away as “those who have fallen asleep” (1 Cor. 15:18) They believed that the bodies of the dead would one day be reunited with their souls in heaven, just as Christ’s body was raised from the dead and ascended into heaven. Traditional burial has always been a way that Christians placed the bodies of “those who have fallen asleep” to rest until they are raised again. In non-Christian religions cremation represented either the soul being freed from the body as from a prison, or the end of the individual’s existence altogether, beliefs that are contrary to the Christian faith. It is because of our deep reverence for the human body an dour hope in the resurrection, that we prefer to “lay our brother / sister to rest” in traditional burial.”

According to the treatise, the Church allows cremation when the following conditions are met: 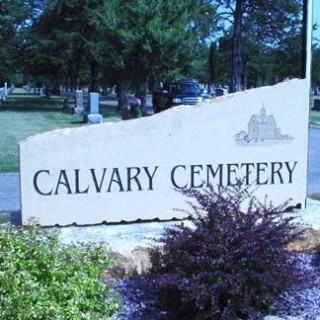